Kyrie Irving, a multi-time All-Star NBA point guard for the Brooklyn Nets, announced on Wednesday that he has has appologized to the Anti-Defamation League (ADL) and given them $500,000 as an apology for social media posts deemed antisemtic. Irving shared a link to a documentary titled Hebrews to Negroes: Wake Up Black America, which sparked massive, days-long backlash.

“The Nets and Kyrie Irving will work with ADL (the Anti-Defamation League), a nonprofit organization devoted to fighting antisemitism and all types of hate that undermine justice and fair treatment for every individual,” the press release said.

The ADL, The Brooklyn Nets, and Kyrie Irving released the joint statement on Wednesday after days of controversey over Irving’s post. 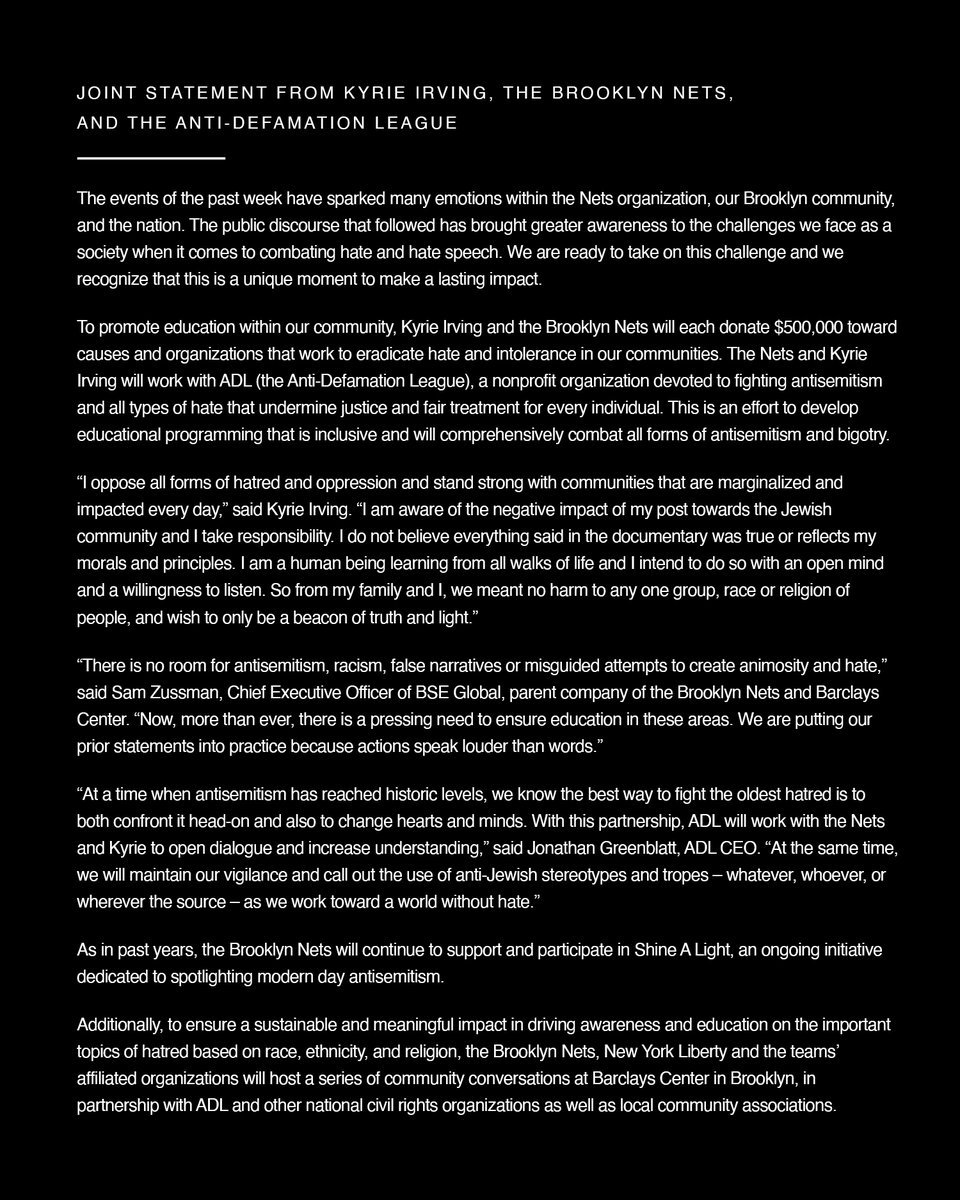 “I oppose all forms of hatred and oppression and stand strong with communities that are marginalized and impacted every day,” Kyrie Irving said.

Musician and geopolitical analyst, Anomaly, was quick to give his take on the announcement. “They got Kyrie Irving to donate half a million dollars to the ADL,” Anomaly said. “If you don’t get on your knees and [fake apologize] = they will try to ruin [your] life.”

“All that money, but these NBA players aren’t free [to speak their mind]. Only free to support left wing causes. If you question the LGBT agenda, they fine you. If you oppose BLM, they try to destroy your life in the media,” the podcaster added. “And if you do whatever Kyrie did, this happens.”

They ever cracked a history book? pic.twitter.com/ZVVyK1hr7q

“Kyrie Irving sat out most of an NBA season and gave up over $15 million in salary to oppose vaccine mandates. He couldn’t make it 48 hours [without] the ADL breathing down his neck over a movie recommendation,” Russell said. “Speaks volumes.” 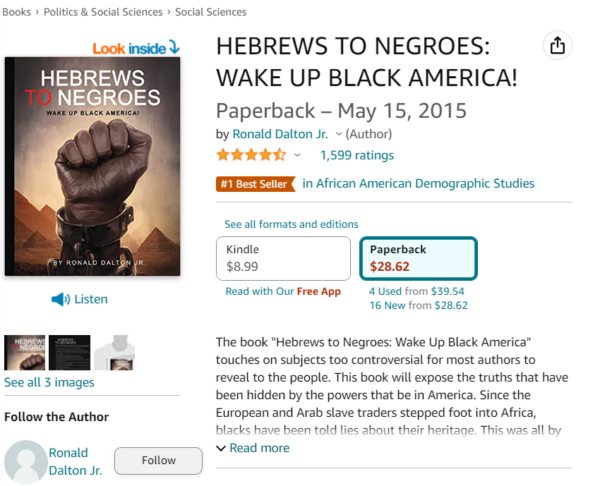 “I am aware of the negative impact of my post towards the Jewish community and I take responsibility. I do not believe everything said in the documentary was true or reflects my morals and principles. I am a human being learning from all walks of life and I intend to do so with an open mind and a willingness to listen,” Irvin said. “So from my family and I, we meant no harm to any one group, race or religion of people, and wish to only be a beacon of truth and light.”

Prior to the $500,000 payment and the public apology, Irving explained how he discovered the documentary and came to share it on his social media.

“I’m also over the place when it comes to elevating my consciousness, because I didn’t get it in school. All I did [get was] seven hours of day being indoctrinated and brainwashed on a history that doesn’t belong to me or my ancestors,” Irving explained. “I was on Google and I look up my name and what it means and it’s a title given to Christ. Philippians 2:11. My name translates into the Hebrew language as Yahweh. So I went on Amazon Prime and said, ‘let me see if there are any documentaries on Yahweh.’”

“Kyrie” is a name based on the Greek word kyrios, which translates to “lord” or “master,” which in Hebrew is the word Yahweh.

A reporter asked Irving about the tweet where he recommended the documentary after a public statement was made by the owner of the Brooklyn Nets, Joe Tsai.

“I went into the search bar, typed in Yahweh, and that came up,” Irving explained.

“In terms of backlash or what people call it, we’re in 2022. History is not supposed to be hidden from anybody and I’m not a divisive person when it comes to religion. I embrace all walks of life. I talk to all races, all cultures, all religions. My response would be it’s not about educating yourself on what Semitism is or antisemitism.”

kyrie irving on the backlash to him posting a documentary full of antisemitism pic.twitter.com/J3LNfDPr2Y

“It’s really about learning the root words of where these come from and understanding that this is an African heritage that is also belonging to the people. Africa is in it, whether we want to dismiss it or not. The claims of anti-Semitism and who are the original chosen people of God and we go into these conversations and it’s a big no-no,” Irving said. “I don’t live my life that way.”