On Monday, Twitter CEO Jack Dorsey announced that he was stepping down from the position effective immediately, and that Twitter’s Chief Technology Officer, Parag Agrawal, would replace him.

However, a number of previous comments came back to haunt Agrawal almost immediately. In an interview from November 2020 with Technology Review, Agrawal, in his position as Twitter’s CTO, said in response to a question about combatting misinformation, that Twitter should not be “bound by the First Amendment,” and “focus less” on free speech.

And in an October 2010 tweet, Agrawal, quoting Asif Mandvi from the Daily Show, wrote that “If they are not gonna make a distinction between muslims and extremists, then why should I distinguish between white people and racists.”

“If they are not gonna make a distinction between muslims and extremists, then why should I distinguish between white people and racists.”

Robby Starbuck, the conservative commentator and current congressional candidate in Tennessee’s 5th District, discovered that the red flags were not only on Agrawal’s timeline, but throughout the rest of his profile. Starbuck noted that Agrawal follows the “Dangerous Speech” group, an organisation, with funding from George Soros’s Open Society Foundation, who focuses on cracking down on speech they don’t agree with, which currently includes “COVID-19 disinformation.”

Starbuck also noted that Agrawal had liked a Twitter thread shortly after President Trump was deplatformed in January this year, where the author compared how conservatives and “the far-right” acted on social media to how ISIS behaved, suggesting that their accounts should be removed in the same way from the Big Tech website.

People shouldn’t get too excited about Jack Dorsey no longer being Twitter’s CEO. The new CEO Parag Agrawal follows Dangerous Speech, a group funded by George Soros Open Society Foundation and after Trump’s Twitter ban he liked tweets like this thread comparing the right to ISIS. pic.twitter.com/sUa3CckfZ4

An investigation from National File found even more disturbing content that Agrawal had liked on Twitter. In May of 2020, Agrawal liked a tweet encouraging people to donate to the Minnesota Freedom fund, a bail fund that raised millions for violent Black Lives Matter rioters and others. The fund, which was promoted by top Democrats including Kamala Harris, helped alleged child rapists, and even bailed out a man who was then arrested again for another murder. 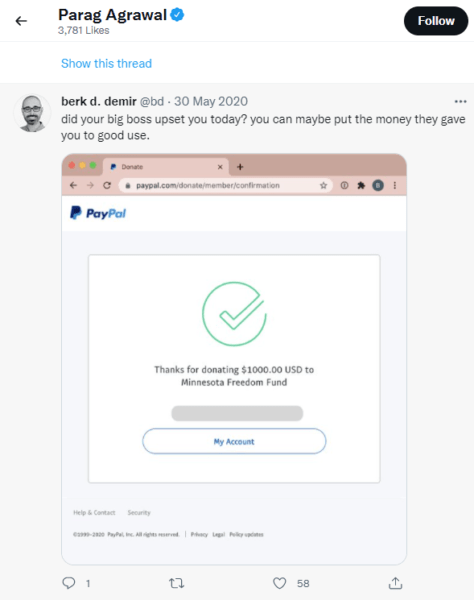 The new Twitter CEO also liked tweets pushing the leftist ideas of “equity and justice” rather than “equality,” and other tweets that compared peopel resisting lockdown restrictions to a “religious war.” Unsurprisingly, Agrawal was quick to celebrate the alleged election of Harris to Vice President in November last year, rather than her perceived more moderate team-mate, Joe Biden. 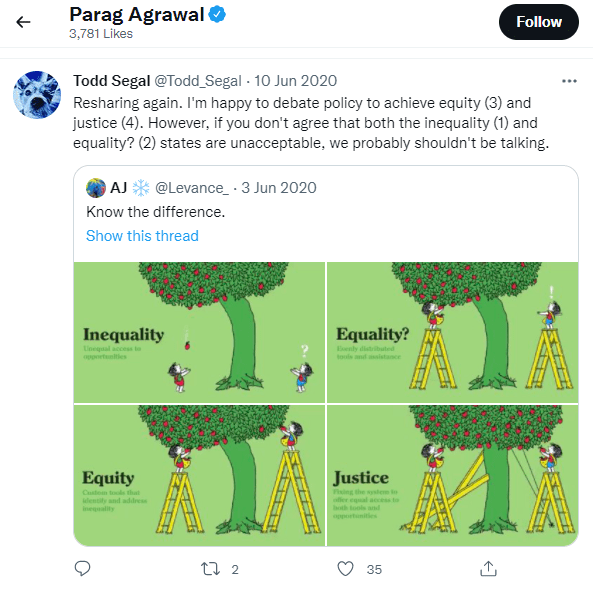 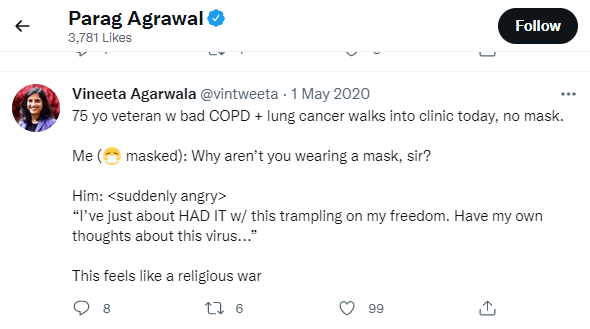 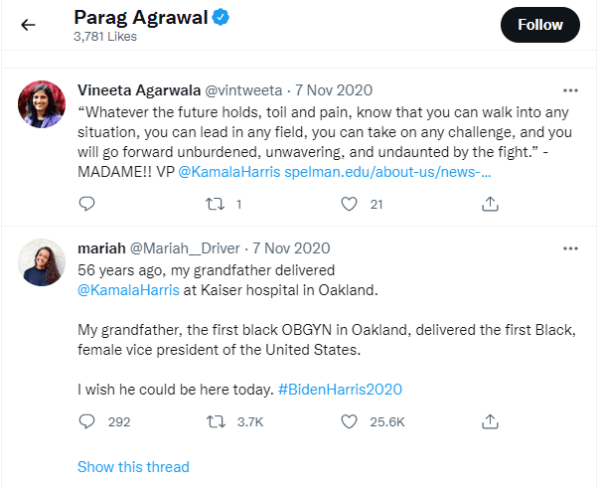 National File has reached out to Twitter regarding Agardwal’s previously reported comments. This article will be updated if any comment emerges.