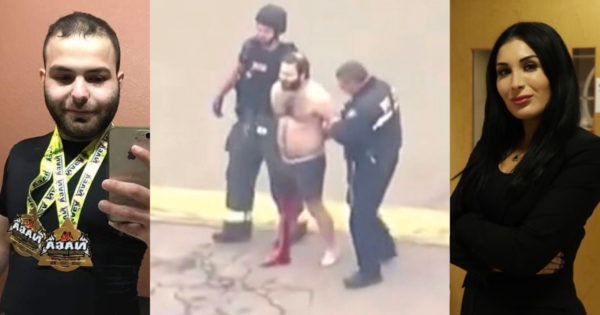 On her Telegram channel, Loomer wrote, “Source tells me shooter carried out attack in the name of ISIS. Biden admin has already given orders to keep it under wraps to avoid conversation in the media about Islamic terrorism and reversal of trumps travel ban, which the terrorist was opposed to”.

Speaking to National File, Loomer explained that her source is embedded in Boulder, Colorado law enforcement, and spoke to her on condition of anonymity. Loomer explained that the Biden administration was briefed on the shooter’s allegiance to ISIS, and is attempting to contain the information for fear of a second immigration scandal. Joe Biden infamously rescinded President Donald Trump’s travel ban restricting movement from countries known for exporting radical Islamic terrorism.

According to Loomer, the Biden regime is “terrified” that, should this information become public, he will face a new round of criticism for making the country less safe due to his reversal of the Trump administration’s effective immigration policies.

“Joe Biden has blood on his hands because along with Obama, and that’s what his presidency is, it’s a third term extension of the Obama era, we are now returning to the times of daily ISIS attacks,” said Loomer. “Given the fact that Donald Trump is no longer in the White House, ISIS and the illegal alien caravans realize we’re in a position of weakness, which is why there is a crisis at the border, and why ISIS, which had been subdued and totally docile under Trump, is now attacking America.”

“The solution is an immigration moratorium, which is what I supported as a candidate for Congress.”

Loomer says she predicts Democrats and Joe Biden will use this to further infringe on Americans’ gun rights, which she herself has been stripped of. Loomer says her message to Biden and the Democrats is, “Here in America, we don’t have a gun problem, we have an Islamic terror problem. IMMIGRATION MORATORIUM NOW!”

Loomer reached national notoriety for exposing the extent of the Syrian refugee crisis in the run up to the 2016 election, when she famously traveled to Greece and recorded video of Syrian migrants, who had obtained fake passports with the goal of entering the United States. The migrants were hoping to enter the United States to vote for failed presidential candidate Hillary Clinton. Loomer also recorded under cover video of Huma Abedin, the top aide to Clinton, saying that the Syrian refugees should be allowed into the United States. The under cover video was referenced by President Trump during a debate with Clinton, and may have contributed to his landslide victory.

As a student, Loomer exposed Barry University’s willingness to allow students to form a student club to assist the Islamic State. She was later expelled for exposing the school.

National File previously reported that, on his now scrubbed Facebook page, the shooting suspect reveals he is a devout Muslim who believes in conspiracy theories, is homophobic, and regularly shared content from mainstream news sources including The Washington Post, The Intercept, and PBS.