The Swiss investment bank Credit Suisse has called on people to give up red meat, beer, coffee, video games, and vastly reduce the use of showers and dishwashers, in order to be carbon neutral.

In a report that emerged during the COP26 climate conference in Glasgow, Credit Suisse, the famed Swiss investment bank, claimed that the “ultimate reason for [carbon dioxide] emissions” is the consumer. “One could argue that at the end of the day it is our daily lifestyle that drives energy consumption and by implication emission levels from other sources,” the report reads.

“Whether it is the car we drive, the products that we buy, or the house that we heat, all emissions globally ultimately are generated by manufacturers or service providers in order to accommodate consumer behaviour and spending patterns.”

The report goes through the consumption of the average person, going through various areas of life. In the household, the report claims that “taking a shower or bath and using the toilet,” have a high carbon footprint, and that while it is known that “eating meat has a far greater emission footprint than a more plant-based or vegetarian diet,” they also highlight that “other food items such as chocolate or cheese have a relatively high emission profile too.”

On the topic of clothing, the solutions from the Swiss bank to high carbon emissions include “investing in higher quality clothing that lasts longer, wearing items more often, washing them less frequently and at lower temperatures, and not using tumble dryers but air-drying clothing when possible,” along with stopping online shopping.

The report claims that “entertainment is one area that might be overlooked by consumers as being emission intense,” and found that specifically “videogaming is highly emission intense,” claiming that “an ‘extreme’ gamer using a high-end PC might be generating more than 450kg of [carbon emissions] per year.” Even the concept of going to the gym is attacked in the report. “If one also cares about the environment, then it stands to reason that running outside is preferred.”

The ideal consumer would also:

“For some readers, adopting such a lifestyle in order to live sustainably may be difficult to accept; however, we note that in order to make our world more sustainable a ‘no-change’ scenario is simply unrealistic,” the report concludes.

The full table detailing the “sustainable consumer” is included below: 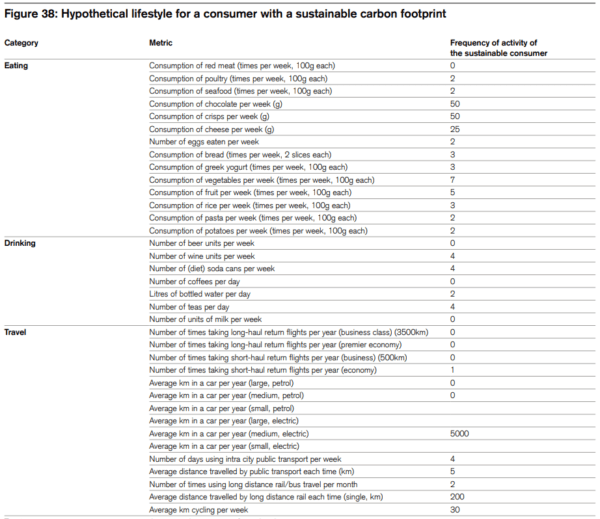 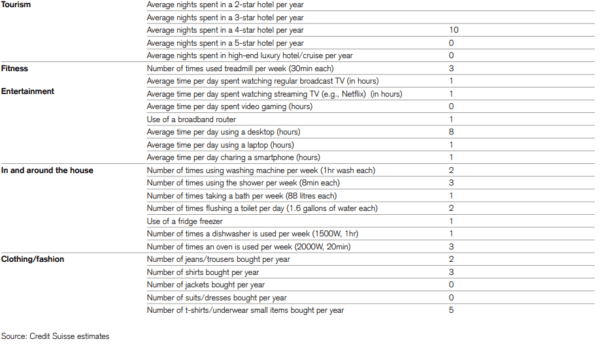